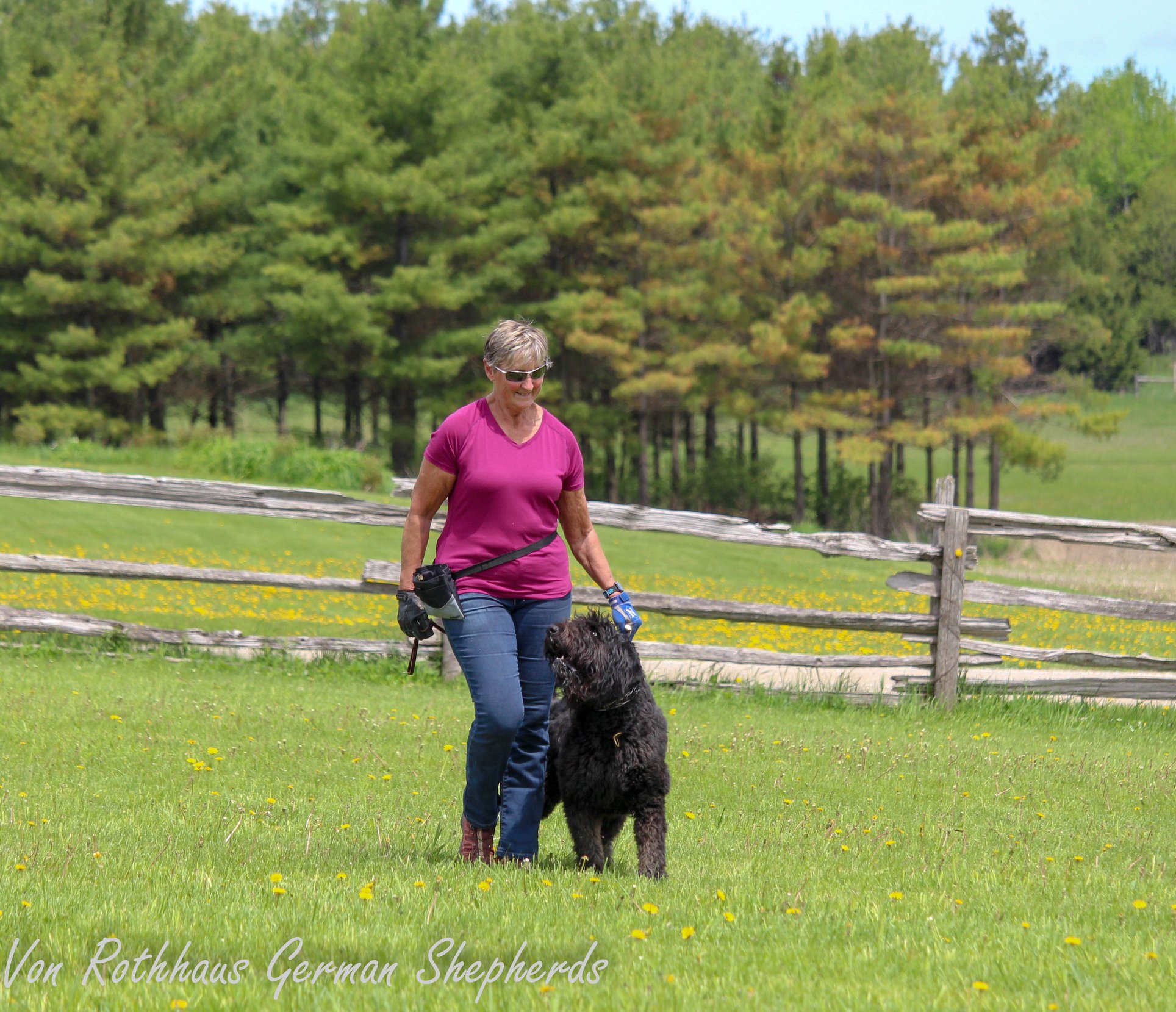 Joanne Fleming has been most successful as one of the top Schutzhund coaches in the country, having coached the 1997 and 1998 Vice World Working Dog Champion. She is best known for her powerful motivational system for competitive working dog training.

​Joanne has earned the opportunity to represent North America in International competition 7 times, in 2005 with two dogs, a Belgian Malinois and a German Shepherd Dog, receiving the highest placing of any North American in 2005. Having represented LV America at the DVG Bundessieger-Prüfung from 2005-2007, Joanne also won the 2007 LV America Championships with her dog Enno, then went on to place 5th at the DVG BSP in Germany. Joanne has also found time to pick up high-in-trials in both AKC and CKC obedience competition along the way and her students have picked up multiple HIT's and HOT's.

Having competed with 5 breeds in multiple disciplines with tremendous success, Joanne attracts crowds at her many seminars on multiple continents. In these productions, Joanne details how to create a true partnership with your dog and lay the foundation for world-class working dog performance whether a Schutzhund competitor, kennel club enthusiast or owner of a lively and companionable pet.